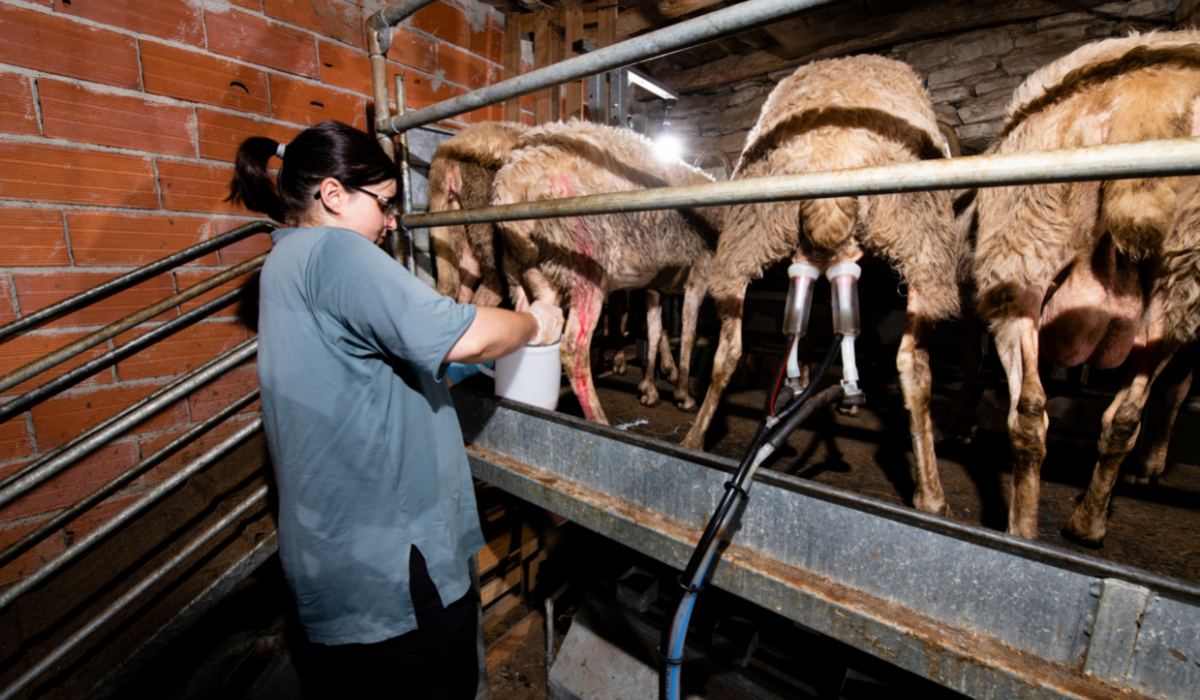 These days, people are always looking for ways to improve their diets and get better nutrition.

A lot of people discovered recently that they have allergic reactions to cow milk. It’s everywhere, in a ton of products we eat, and among the most affordable milk out there. Finding alternatives isn’t always easy.

People are drinking oat milk, almond milk, goat milk, and other forms of milk to get away from cow’s milk.

But what about sheep? Can you drink sheep milk? Is it healthy?

Sheep’s milk does have lactose, so it’s not the perfect alternative to cow’s milk for people who are lactose intolerant. However, sheep milk is a healthy drink with many benefits if you’re looking for something new. It contains the A2 protein that makes it easier to digest for a lot of folks. Sheep milk is also high in healthy fats, and it’s creamier than most of the milk alternatives that you’ll find in a grocery store.

If you’re struggling with cow’s milk and are open to exploring alternatives beyond the typical nut or soy milk out there, you should take a look at sheep milk and decide whether it’s for you.

We’ve put together some information that will help you as you explore different options when it comes to milk.

It’s a good question. The answer is that it just depends on where you live and what you’re used to. A lot of people actually do drink sheep milk in other places around the world and love it.

The question should probably be, “Why don’t Americans normally drink sheep milk?”

The answer to this question is that Americans don’t drink sheep milk because they’re not used to it. The cow milk industry is large and powerful, and it does a ton of effective marketing.

Remember all of those “got milk?” ads from a few years ago? They’ve done a good job of making people in this country associate milk with cows.

Another reason you don’t see a ton of sheep milk at the grocery store or at artisan produces is that ewes produce less milk than your average female goat or cow. Your typical ewe will only make about half a gallon of milk every day.

That means it takes a lot of work to get a good amount of milk. Either that or you have to have a lot of ewes to milk.

Compare that to the 6-8 gallons of milk a cow makes, and you can see why people would prefer to raise milk cows instead of milk sheep.

Sheep, like cows, produce milk that tastes like the food they eat. Milk producers play with animals’ diets to get the right flavor of milk that they’re going for.

Most people, though, describe sheep milk as being rich in flavor with a creamier texture than cow milk.

It does taste a bit gamier than your average cow’s milk because it goes through less of a refinement process during production.

If you’ve ever eaten lamb chops, for instance, you can taste a bit of the flavor difference versus a steak. The same sort of difference exists in sheep milk.

Most people say that sheep’s milk is a bit too strong to drink by itself. Instead, people use it to make cheeses, yogurts, pour it over cereal, or make artisan ice cream.

How Does It Compare to Goat Milk?

For the most part, the biggest difference between sheep milk and goat milk is flavor.

There is a reason goat meat isn’t on the shelf next to your individually wrapped chicken breasts. It’s got a much stronger gamey flavor that’s teetering on musky, which is why most Americans pass on goat meat.

Goat milk is the same. It’s strong, so it goes into cheese and other products.

Benefits and Disadvantages of Sheep Milk

Besides the small production and difference in flavor, there’s not much to complain about when it comes to sheep milk.

If you can find some, it’s certainly worth a try, and if you’re attempting to make a block of cheese or mix up your ice cream flavors, then it’s a great way to add something new to the mix.

Sheep milk has a lot of benefits that make it worth trying. It’s high in healthy fats and it’s got about twice as much fat as cow’s milk does. That makes it ideal for things like cheese and yogurts. It’s high in Vitamin B12 as well.

It’s also a lot more sustainable. Sheep only need to eat grass to make milk. For people who care about finding and using environmentally sustainable products, it’s a great choice.

Does Sheep Milk Have Lactose?

Yes, sheep milk does have lactose. A lot of people drink cow milk and get a stomachache and then self-diagnose themselves as being lactose-intolerant.

This isn’t usually the case, however. Many people experience sensitivity to cow’s milk that they wouldn’t feel if they drank other milks.

The sensitivity comes from the trouble they experience the digesting proteins and fats in cow milk. The A2 protein and healthy fats in sheep’s milk are usually easier to digest.

Why Is Sheep Milk So Expensive?

There are a few reasons why sheep’s milk is so expensive.

First, as we mentioned above, female sheep (ewes) don’t make a lot of milk compared to cows. So, it’s in small quantities already. If you’re going to fill up a gallon tub of sheep milk, you’ll need either more time or more sheep.

All of that means a higher cost of production. Farmers have to pay for feed, housing costs, water costs, etc. to get you that delicious sheep milk.

Distance traveled is also a factor. New Zealand is the country with the highest sheep population in the world. Most of those sheep are farmed for their coats.

However, any milk that comes from those sheep that gets bottled has quite a distance to travel for American consumers. It costs a lot of money to ship it internationally.

Finally, regulations around milk and other dairy products are quite strict. Any sheep’s milk producers have to pay a lot of money to make sure they are meeting consumer safety standards.

It’s easier to pay those costs when you’re farming at scale, but most American sheep milk producers are smaller companies making smaller batches of sheep milk. 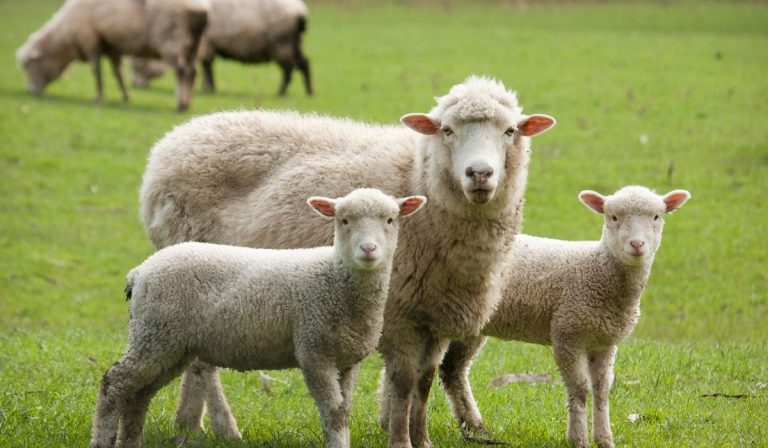 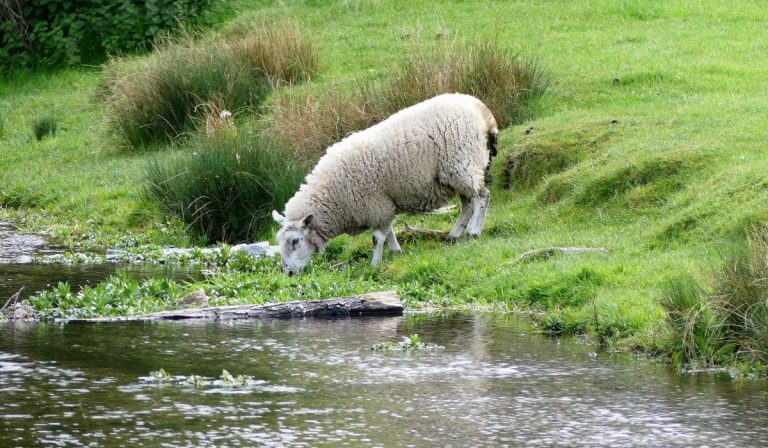 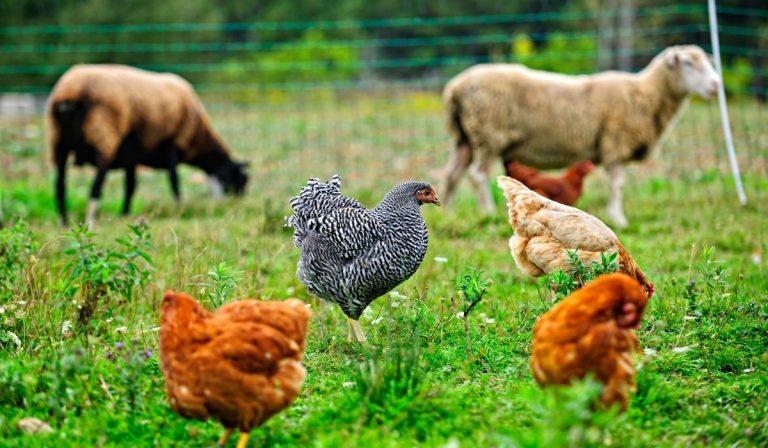 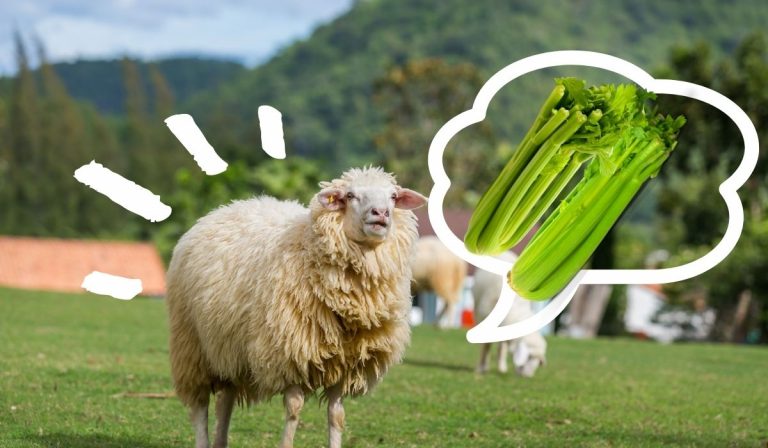 Do Sheep Eat Fruit? *This post may have affiliate links, which means I may receive commissions if you choose to purchase through links I provide (at no extra cost to you). As an Amazon Associate I earn from qualifying purchases. Please read my disclaimer for additional details.. Yes, sheep do eat fruit. They are ruminants…