Have you ever considered keeping two of the most popular poultry species together? Well, you just might be able to.

Can a duck live with chickens?

A duck can live with chickens harmoniously.

However, both species of birds have some differences in their living requirements. Therefore, a poultry farmer intending to keep a duck amongst chickens must provide the conditions for either bird to thrive.

If adding one or more ducks to your all-chicken flock, you should read the rest of this article. We discuss the details of the interactions between ducks and chickens.

We also talk about the living requirements you should put in place for both species to thrive.

Can a Duck Live With Chickens?

A duck can live with chickens, but they may not necessarily be buddies. However, they can live together without hassles.

While chickens are more popular amongst poultry farmers, ducks are generally gentler and hardier. So, in a way, the two species complement each other.

However, we must mention that ducks are the noisier animal, especially at night.

A single duck can live with chickens. But this may depend on its gender and the female to male ratio in the flock.

Generally, you would not want to add a drake to a flock with no duck. If you do this, the drake may try to breed with the hens. Breeding between a drake and a hen may not end well for the hen.

Also, if a drake tries to breed with hens, it may cause a rift between the roosters and the drake. Remember, the males of both poultry species can be aggressive and territorial.

If you are adding a male duck to a flock of chickens, you should provide at least 2 female ducks. This way, there should be peace amongst the male birds.

Adding a single female duck to a flock of chickens should be no problem. In fact, the duck might even warm up to chicks (if any) and care for them.

Compared to each other, ducks are gentler than chickens. However, ducks can kill chickens.

A situation in which ducks kill chickens is not highly likely. But as you may see in this video, the duck drowns the chicken in the pond while seemingly trying to breed with it.

Chickens are not natural swimmers like ducks. So, if a duck drags a chicken into a large body of water, the duck may kill the chicken by drowning.

Besides the above, the genitals of a drake and that of a rooster are anatomically different. Drakes have corkscrew penises, and if they breed with a hen, they can cause internal injuries that may kill the hen.

Overall, ducks are not equipped to do battle. Their beaks are not sharp, and their feet are webbed. So, they are typically not harmful. However, a bigger duck might use its size as an advantage over a smaller chicken in a fight.

Do Ducks and Chickens Eat the Same Foods?

So, there is no complexity when it comes to feeding, except in ducklings.

Ducklings and chicks can eat the same type of starter feed only if it is not medicated. Ducklings typically eat faster than chicks, and they eat a lot more.

If you let ducklings consume medicated feed, they just might eat it excessively. When they do, they will become sick.

While ducks and chickens can eat the same feed, ducks need extra niacin in their diet. Niacin is not absent in typical chicken feed, but ducks need more niacin than you will ordinarily find in chicken feed.

You can add Brewster’s yeast to the ducks’ meals to raise the levels of niacin in their diet. The good thing is the extra niacin will also be beneficial to the chickens.

You can serve the ducks and the chickens from the same high-niacin feed mix.

Niacin is essential to a duck’s diet because it helps them develop strong bones and legs. This is why it is particularly vital to a duckling’s diet.

Besides the main feed, ducks and chickens also eat the same treats. If you offer worms, scrambled eggs, crickets, or slugs to both species, they will gladly feast.

Do Ducks and Chickens Fight?

Ducks and chickens do fight, and they fight for various reasons.

Altercations between roosters and drakes are more common than squabbles between hens and ducks. This is one of the reasons farmers try not to have them in the same coop.

If you ever come across ducks and chickens fighting, they may be doing so for one of the following reasons:

When they are irritable, they will readily get ticked off to the point of fighting amongst themselves.

Nonetheless, even as adults, you can familiarize chickens and ducks with each other. You should supervise them properly until the two species become familiar with each other.

If you ever change the environment of the ducks or chickens, ensure you take their old feeders and waterers along with them. These items will give them a feeling of their old surroundings. This way, they can adjust to the new environment quickly.

9 Tips for Keeping Ducks and Chickens Together

If you are keeping ducks and chickens together, you should do the following:

Provide Sufficient Water for the Ducks

Ducks are waterfowl, so they love having water around. However, you do not necessarily have to build a pond for them. You could make do with a rubber tub or kiddie pool.

You may be unable to use the same water system for ducks and chickens. Chickens can do well with water fonts or nipple waterers because their beaks are relatively small.

Ducks, on the other hand, have large bills. Their bills will not fit in a water font. So, they need a source of water in which they can dip their head. To this end, provide bowls with clean water for them.

Note that although ducks can use nipple waterers, they will still need the water in a bowl.

Provide Separate Sources of Water for Your Ducks and Chickens

Ducks like to splash water around, even when they are drinking. Consequently, they get some feed and dirt in their water. Ducks may have no problem with littering their water, but chickens do.

So, you could provide separate sources of water for both types of birds. Alternatively, ensure you clean the water out daily.

If you intend to keep the ducks and chickens in the same coop, ensure the ramp is low. While chickens might be able to jump over a steep ramp, ducks may not. Unlike chickens, ducks are not excellent jumpers, and their webbed feet are not the best for landing.

Sometimes, ducks prefer sleeping out in the open air. So, instead of locking them in the coop, provide a small open door. This way, they can go outdoors whenever they want to.

However, before doing this, ensure the surrounding is shielded from predators.

When ducks sleep, they give off a lot of moisture. In the absence of adequate ventilation, this will make the coop humid.

Of course, you do not want a humid coop as it makes for an environment where disease-causing microbes thrive.

To avoid an accumulation of moisture in the coop, provide adequate ventilation.

Ensure the air flows high up. If the airflow follows a lower path, there may be drafts.

While chickens prefer to perch high above the ground at night, ducks would nest instead.

So, when planning the coop, provide perches for the chickens and provide nesting materials for the ducks. Typically, a thick layer of straw would suffice for the ducks to create their nests.

Do not let your ducks nest right below the chickens’ perches. Else, the chickens may poop on them through the night.

Do Not Let the Ducklings Consume Medicated Feed

Also, ensure you give the ducks niacin supplements. You can do this by adding Brewster’s yeast to their feed.

If you ever want to, you can keep ducks and chickens together. But keep in mind that they both have some distinct requirements. As long as you fulfill those requirements, the two poultry species will have no problem cohabiting. 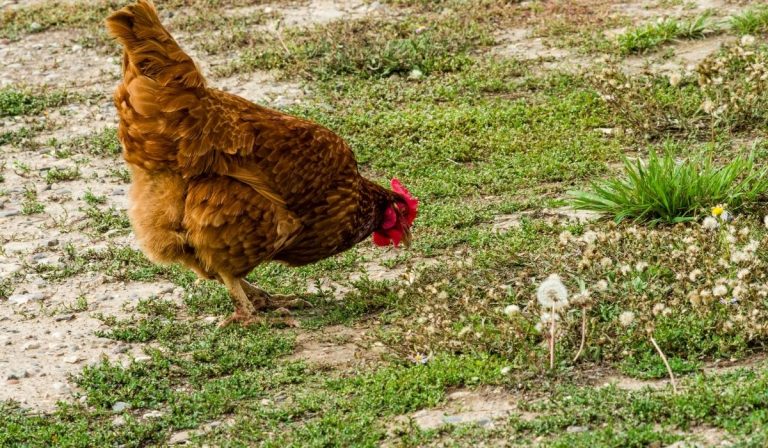 What are weeds? *This post may have affiliate links, which means I may receive commissions if you choose to purchase through links I provide (at no extra cost to you). As an Amazon Associate I earn from qualifying purchases. Please read my disclaimer for additional details.. Weeds are plants that grow in spaces where they… 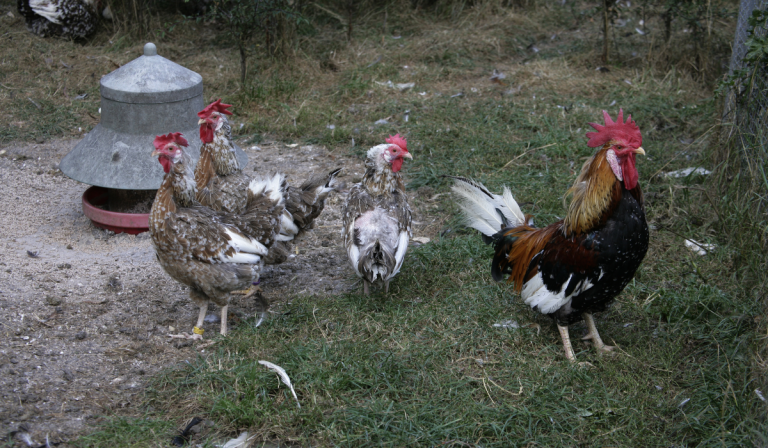 *This post may have affiliate links, which means I may receive commissions if you choose to purchase through links I provide (at no extra cost to you). As an Amazon Associate I earn from qualifying purchases. Please read my disclaimer for additional details.. As a beginner, choosing the right chicken breed to raise on a… 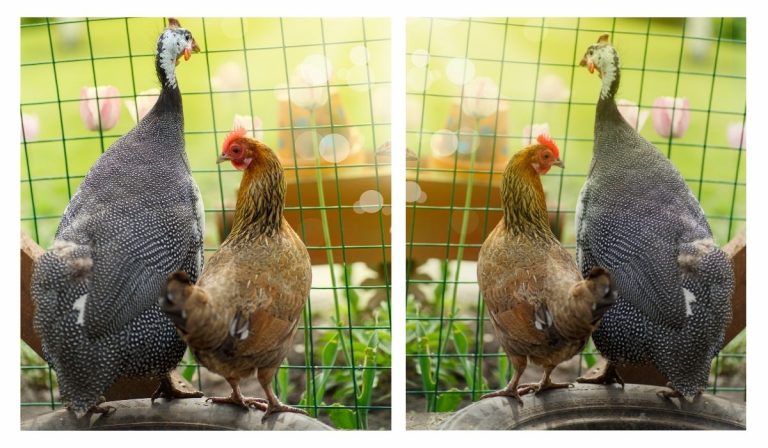 *This post may have affiliate links, which means I may receive commissions if you choose to purchase through links I provide (at no extra cost to you). As an Amazon Associate I earn from qualifying purchases. Please read my disclaimer for additional details.. Homesteaders always look for ways to reduce the cost of raising animals…

*This post may have affiliate links, which means I may receive commissions if you choose to purchase through links I provide (at no extra cost to you). As an Amazon Associate I earn from qualifying purchases. Please read my disclaimer for additional details.. Seeing a flock of chickens running in the backyard or mingling with… 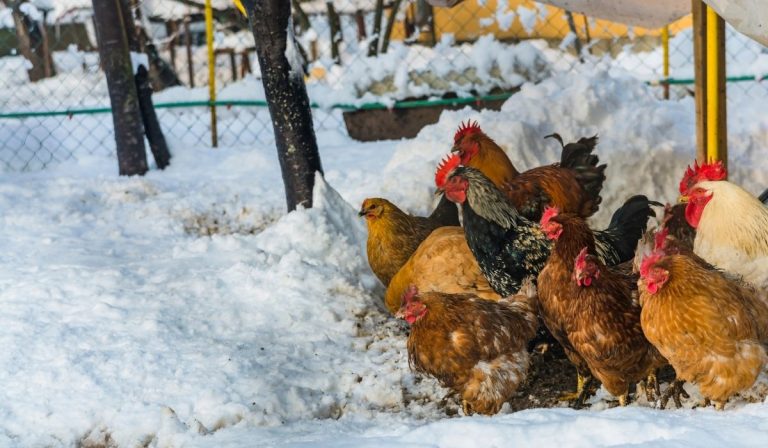 *This post may have affiliate links, which means I may receive commissions if you choose to purchase through links I provide (at no extra cost to you). As an Amazon Associate I earn from qualifying purchases. Please read my disclaimer for additional details.. Raising chickens is fun and easy until you are faced with a… 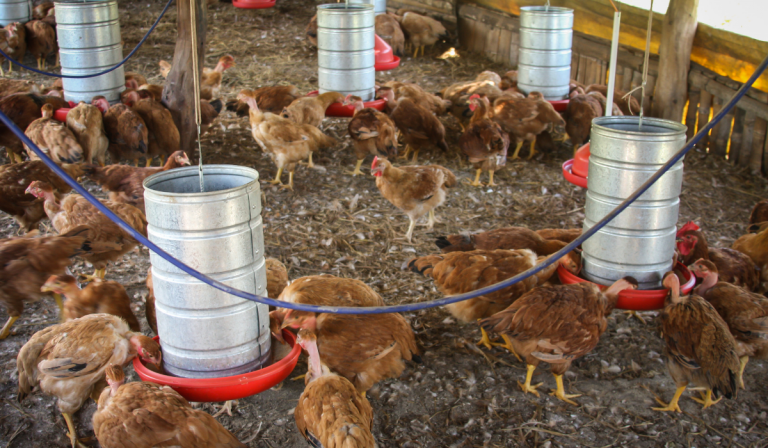 *This post may have affiliate links, which means I may receive commissions if you choose to purchase through links I provide (at no extra cost to you). As an Amazon Associate I earn from qualifying purchases. Please read my disclaimer for additional details.. There are a lot of reasons why you should know how to…