Aside from cows and goats, sheep are one of the most go-to animals being reared for milk and meat. But most people would think that raising sheep comes with a high-maintenance cost just to shear their wool and fleece.

But that is not the case. For anyone who has never raised any sheep before, these are the 10 best sheep breeds that easy to handle and raise. Most of these sheep are categorized as hair sheep that don’t need shearing.

What Makes a Sheep Great for a Beginner

For those who are new to raising sheep, there are so many things to worry about. Will my sheep be friendly, will I have to sheer them, what can they eat?

While some aspects of raising sheep, like food and housing, don’t change based on what breed you choose, there are some things to consider if you are a beginner.

That being said, here are the top 10 sheep breeds for beginners:

Blackhead Persian was originated from South Africa and a direct descendant of Somali sheep. They possess a white body. Only their head is black, causing a striking color contrast.

These sheep are also known by the name Swatkoppersie. Due to its ability to adapt to the local climate, Blackhead Persian are raised mainly for meat production because weather change doesn’t affect their fertility and reproductive rate. So, their population can grow quickly and there’s no reason to worry about insufficient mating partners.

They are also categorized as hair sheep (because they don’t grow wool). Hence, they can tolerate heat better and no shearing is needed, making them one of the best choices for beginners.

The Dorpers are a South African breed. They were first bred by the South African Department of Agriculture by cross-breeding Blackhead Persian sheep and Dorset Horn sheep.

Dorpers are one of the most common sheep in America, easy to handle, and beginner-friendly because these hair sheep don’t need shearing like other breeds. This breed also has a high fertility rate and excellent maternal instincts.

This breed of hair sheep originated on the island of Barbados. They have a high tolerance for different climate changes such as hot, cold, and high humidity seasons.

Under certain conditions, Barbados Blackbelly sheep could produce twins or triplets, even lambing up to twice a year with enough mating times with rams (males).

Compared to other breeds, they are quite resistant to disease and the effects of internal parasites. They are an ideal breed for beginner farmers or anyone with a small land tract due to their nature of being excellent foragers.

American Blackbelly sheep are self-sufficient and don’t need much human help to live well. They are well-known for their large curved horns, which could grow up to 30 inches. But this doesn’t apply to female sheep because their horns are much shorter than males.

They also have a diverse diet, ranging from grasses and weeds to soft woody branches. Hence, they could thrive on rougher land compared to some other breeds. American Blackbelly ewes possess strong maternal instincts and they stay close to their lambs just to protect them.

St. Croix sheep are quite docile, great foragers, and easy to raise. They are well adapted to the humidity and higher heat climates. This breed doesn’t need any shearing because of its hair coat that enhanced its ability to adapt to changing weather.

They grow undercoats during winter and by summer, they naturally shed. Furthermore, they also respond well to guardian dogs and are easy to handle when they flock together.

West African Dwarf sheep is also known as Djallonke. They originated in the humid tropics of West and South Africa.

This breed of hair sheep is raised mainly for meat. They are generally white in color, possessing a thick throat ruff and curved horns, and have served as one of the important sources of meat in Ghana.

Compared to other breeds, West African Dwarf grow at a much slower rate, making their flock much smaller than other breed.

Hence, it would be good for beginners because of a low starting capital needed to maintain and raise this breed. Unlike other breeds, they also have a higher tolerance of parasite, Trypanosome.

So, there’s a low probability of needing to take them to the vets because of their ability to limit and control the development of the parasites attacking their internal body systems.

Romanov sheep originated in the Volga Valley northwest of Moscow. But today, their population is easy to find in other countries.

They are black in color when they are first born but turn grey as they grow older. Romanovs are favored by farmers and raised mainly for meat because they grow quickly.

They also thrive in colder climates and are able to adapt to a warmer environment as well. With their short tails, owners of this breed don’t need to dock their tails.

Romanov is easy to handle because their young and kids are self-sufficient. Aside from ewes that are protective and could produce high amounts of milk, their kids would grow well with much attention and care from their mother.

This hair sheep breed was developed in Maine during the 1950s. They are easy to care for and have low-maintenance costs. They are an easy choice for people with low experience in raising sheep. Katahdins are docile and they don’t need shearing as their body doesn’t produce any fleece.

Mostly, they are polled (lacking horns) but in some lines, they do possess horns. With their ability to adapt and withstand different kinds of climates, they are easy to raise as a source of meat. They also have a high parasite resistance compared to other woolly breeds.

Being the only American breed, California Red sheep are raised for dual purposes of getting their lean meats and silky beige fleece.

They are generally medium in size, with both males and females are polled with slightly drooping ears. They also are versatile foragers that love to eat weeds and bushes.

Although California Red sheep are not hairy, they are docile and calm like any other hairy sheep. Ewes are protective about their kids, making them great mothers. Generally, the females would produce twins and feed them with a high amount of milk.

Wiltshire Horn sheep originated in the Mediterranean and were domesticated by the Romans. They have a well-built body and are raised mainly for meat. Both males (rams) and females (ewes) are horned but rams horns grow into a spiral until they are fully mature.

Wiltshire Horn can tolerate heat very well and grow coarse hair during the winter to insulate their body. In the spring, their hair would naturally shed. They are easy to handle due to their docile and calm nature.

If you are new to raising sheep, all of these breeds are easy to handle, given you choose the right breed that adapts well to your climate.

Aside from having low-maintenance costs, many of these hairy sheep could supply enough meat and milk for your family. But if you ever decided to raise them as a flock, it would take much work compared to just raising them in smaller numbers. Raising multiple species of farm animals is doable; in fact, it’s encouraged. There are many benefits to raising farm animals together. Sheep and pigs, along with cows and goats, are ruminants. A ruminant is an herbivorous animal that chews its food once, swallows, regurgitates, and then chews it a second time. Raising different ruminants together… 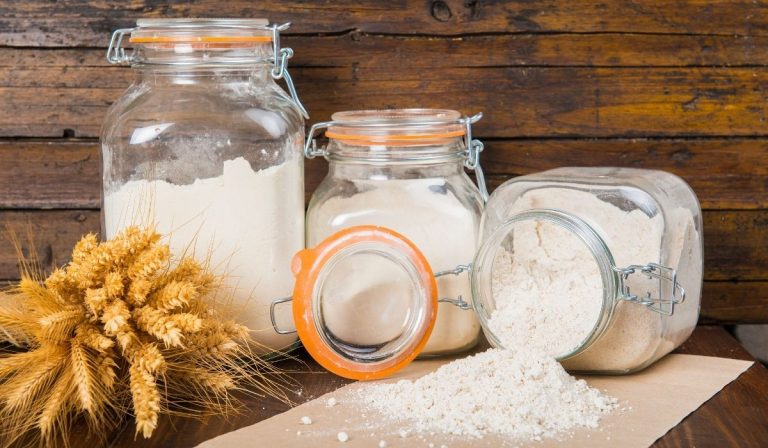 Flour is a basic pantry staple that all households should have. Whether you want to use it for baking, as a coating to fry dishes, or as a thickener for your sauce, it is important to know how to properly store it to avoid rancid flour and infestation of bugs. If you prefer stocking up… If there is one flavoring agent you will find anywhere in the world, it is salt. As with most organic food items, flavoring agents usually spoil after a while. But does this apply to salt too? Let us see. So, does salt go bad? Generally, salt remains fresh indefinitely. In fact, salt is used in… 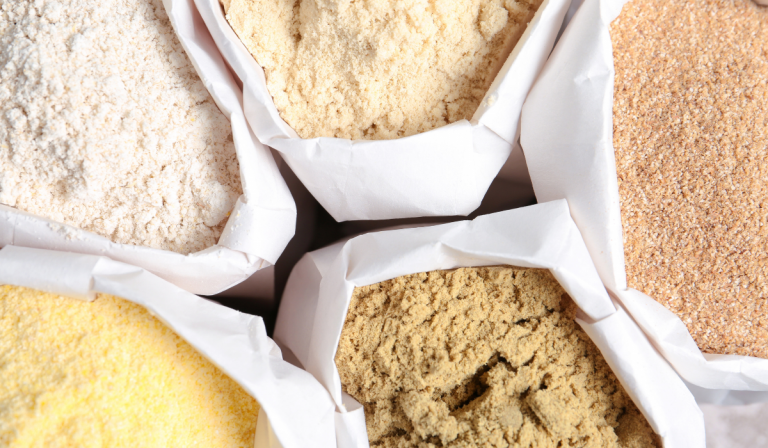 One of the most vital ingredients in bread making is flour. The type of flour one uses in making bread determines the overall quality of the bread. Flour contains two types of proteins that give bread its form. The first is glutenin which is responsible for chewiness and elasticity. The other protein is gliadin which… Efficiency is vital to the success of a homestead. Having favorable outcomes from your homestead goes beyond just having a productive farm. It also includes getting more out of yourself with minimal effort. When starting a homestead, you must be strategic when choosing the crops to plant. Factors like ease of growing, ease of harvesting,… Every day, more and more people are discovering the health benefits of delicious oat milk. It’s a healthy alternative to dairy milk and other milk substitutes and is a great choice for people who have diet restrictions that limit their choices. If you’ve got a high-speed blender, you can make oat milk quickly, but it…