This word appears more and more frequently across the hundreds of blogs of which I try to keep abreast. There seems to be quite a groundswelling of people who have Had It with the thousands of tedious details which ostensibly comprise being a part of modern life.

There are too many little things nibbling away at my sanity like ducks. Couple the honkload of tiny things with a couple of Really Big Things, and we have a recipe for imminent self-destruction.

Now granted, I am not homeless, starving, unemployed or any of the other countless huge blights millions suffer through daily – but these are things I can do to improve my already pretty fortunate life.

I’m madly unsubscribing from the dozens of environmental and political action email lists I’ve become a part of by signing Care2 petitions over many years. Every day, I get over 200 emails from these well-meaning people who are slowly driving me insane. Sure, it’s not a big deal to click “delete,” but the subtle annoyance grates over time. I’d maintained my subscriptions to the ever-increasing number of lists due to a sense of social obligation, but I find myself deleting vast swaths of them unread. If ever there comes a time when I need to know more about the sorrow and despair in the world, I will resubscribe. I feel pretty acutely aware of most of the issues they remind me of, anyhow, and I’m keeping the choicer ones.

I’m beginning to ruthlessly cull the Google Reader list – I was at about 500, now at 335, which is still too many – because logging in every day to see over 100 new posts was causing me too much stress. If the last 10 entries of a given blog don’t contain something I find absolutely enthralling, out it goes.

I am reducing the number of people I follow on Twitter; I don’t really need to know Nathan Fillion’s every thought. Even if he is dreamy. 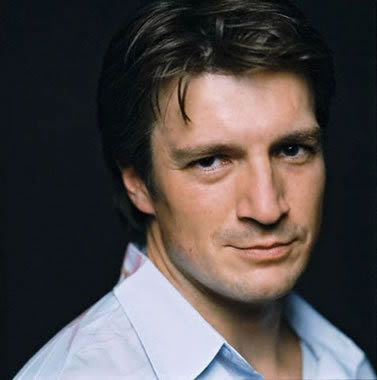 I’m will go through my closets and the basement and relentlessly haul shit to the Goodwill.

I will (finally, after nearly 2 years) throw or give away my old roommate’s belongings that she abandoned. One day, she simply disappeared for about two months, without a single word, and taking with her two months of rent and utility payments I’d given her. I eventually gave up trying to contact her and changed the locks. She showed up late one night, a couple of months later, looking like she’d been working the streets, begging me to let her “come home.” I was honest, told her I’d never be comfortable with her in the house and put her up in a hotel for the night because she had nowhere to go. I called a longtime friend, who said he’d help her any way he could. A few weeks later, I helped her move “the first load” of her stuff. She never came back for the rest.

Much of what she left belongs to her three kids – sentimental things, like baby booties, trophies and scrapbooks. This was in my last house, and before I moved into our current home, I gave a bunch of the non-sentimental things to Goodwill and Freecycle – dishes, crafting supplies, decorations. What’s left is about a dozen boxes of The Seriously Important Stuff, and it occupies a corner of our garage, a corner we could well use for other stuff. I left her dozens of emails and phone messages, all of which went unanswered. I contacted her oldest daughter, who thanked me for holding onto everything and said she’d get in touch with her mom to come get it all. Hettie never came. I still couldn’t bear to get rid of these precious things – family portraits, medical records, hand-made gifts.

Well, now it’s time. I have enough of my own luggage to cart around with me, I don’t need hers. I think two years is an acceptable time frame, and I’m going to let myself get rid of the rest of it this weekend. I’ll still feel terrible, but I can’t carry it around for the rest of my life.

I will organize the kitchen. I’ve let mixing bowls and canned goods take over the cupboards in the stupidest ways. This weekend, I am going to buy some kind of small appliance cart/shelf upon which to store the things currently eating my counter space. I’ll sew up some kind of skirt/cover for it, too.

I will make a meal plan, thereby reducing the mild pressure of trying to come up with something tasty or interesting on the spot every night.

I will clean out the junk room, currently full of detritus literally just dumped out of moving boxes onto the floor in a long heap at the end of the guest bed, much of which I suspect can be trashed or given away.

I’ll take pictures, so I can appreciate what was before and what came after.

Sadly, not all of this will happen in the next two days. It will have to be a gradual lightening of the load. Perhaps once I get the external clutter more in order, the internal clutter will be able to spread out a bit more and I can begin working on that.